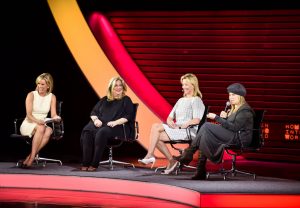 “Women still think: ‘You better not talk about heart disease because it’s an old man’s disease,’” said Barbra Streisand during a discussion that shattered some of the myths surrounding heart disease and exposed the issue of gender bias in medicine. “I think women are still viewed as second-class citizens. It’s still a kind of old boys club, and whether it’s politics or in the workplace, it’s also there in medical research. For the last 50 years, most of the research has been done on men,” said the singer, actor, director and philanthropist during the second afternoon of the Women in the World Summit.